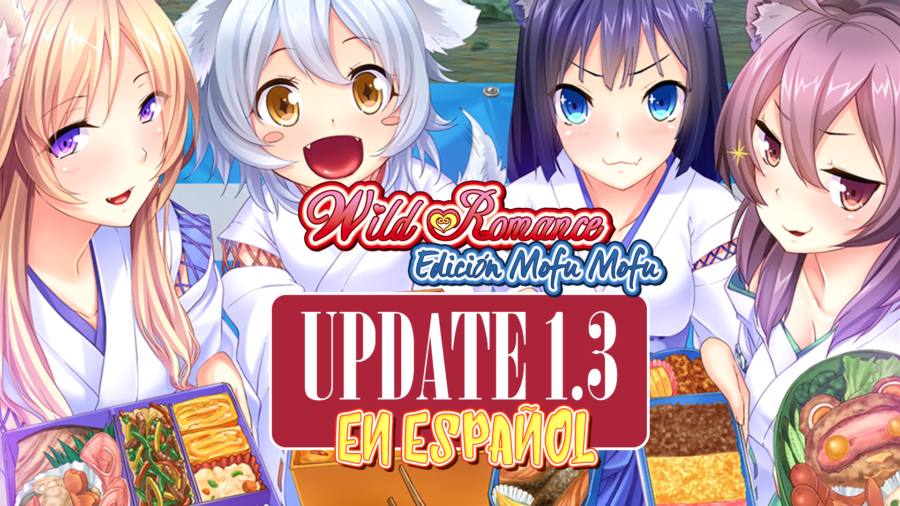 We have added full Spanish support to Wild Romance: Mofu Mofu Edition. We have created an Spanish version of the “all-ages” version of the game as well that we are selling on itch.io for $0.99! People who never got to play the original Wild Romance can get an idea of what the story is about before taking the $14.99 plunge for the “full game” (but really the 18+ content) Since the steam store cannot be localized we are also selling Steam keys for the bilingual Mofu Mofu Edition on itch.io as well.

Speaking of selling! We should be going live on JAST on the 28th of March, finally we got around to sending a long winded email that basically amounted to “you can set the game live now, k thanks.” JAST will be launching with the bilingual update and we have finished rolling out the 1.3 update across all stores you can buy Wild Romance in so get out there and update if you are dying for that Español fix!